Demolition and Restoration of 74 apartments

The development includes the demolition of 3 terraced houses Nos. 1, 1A & 2 on Chapelizod Hill Road and the demolition of a two-storey block of flats containing 8 flats and located near the South-East boundary of the site and is part of the Canon Troy Court Flat complex.

These two existing buildings had two additional floors added and also a four-storey extension was constructed extending along the South-East and North-East boundaries of the site. The two buildings are joined with an extension at first-floor level and all form one single four-storey building containing 74 one bedroom apartments for the elderly. 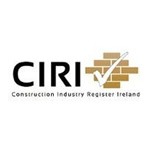